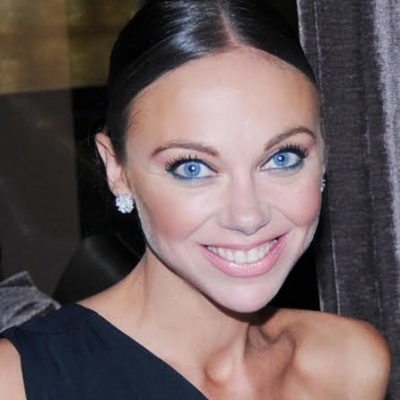 Alexandra Cardinale was admitted by competition at the age of ten to the École de
danse du Ballet de l’Opéra de Paris, directed by Claude Bessy.

During her six years of selection and training in classical and contemporary dance, she also pursued traditional schooling. Claude Bessy entrusted her with the leading roles in the prisoner of the Caucasus and in The Fille Mal Gardée at the Palais Garnier.

In July 1993, she came out first in the Entry Competition to the Corps de Ballet de l’Opéra de Paris under the direction of Patrick Dupond. From his first year in the Opera Ballet, the latter invited her to dance “outside the walls” in his personal tours (Patrick Dupond and friends).

She was raised to the rank of Corypheus by interpreting the variation of Carmen de Roland Petit under the direction of Brigitte Lefèvre. She has danced all the great works of the classical repertoire: La Bayadère, Le Lac des Cygnes, Cinderella, Romeo and Juliet, Don Quixote by Rudolph Noureev, Les Ballets by George Balanchine, Roland Petit, Serge Lifar, Vaslav Nijinski, Jerome Robbins, Pierre Lacotte, Maurice Béjart… and also contemporary works: Pina Bausch, William Forsythe, Angelin Preljocaj or Wayne McGregor … chose her for their creations at the Opera.

Marie-Claude Pietragalla entrusted him with the role of principal dancer in the ballet Don Quichotte at the Opéra National de Marseille.

Alongside her career as a dancer, Alexandra Cardinale received the Entrepreneurship and Management Diploma from Sciences Po Paris, as well as the State Diploma of Dance Professor from the National Dance Center (CND).

Alexandra Cardinale created in 2010, AC Opéra Ballet Production to present exceptional ballet evenings such as Gala d’Étoiles which became a reference and an expected rendez-vous. Also, animated by contemporary creation, she dances and produces the latest creations of Ballet Julien Lestel.

In 2018, Alexandra bade farewell to the Paris Opera scene after 30 years in this great institution. Since then, she has continued her career as a soloist dancer, while also producing a wide variety of ballets. To get us to discover dance and share the emotions aroused by this art is her most expensive wish. 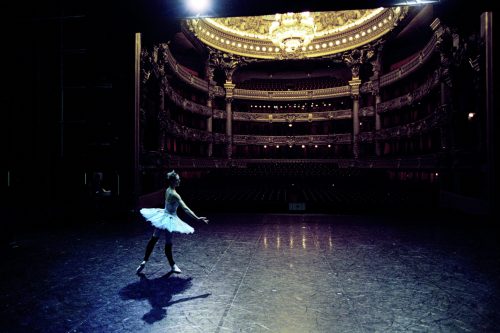 Created in 2010, Alexandra Cardinale Opera Ballet Production presents ballet evenings, putting at the center of her artistic commitments the transmission of the heritage of the great classical repertoire and the discovery of contemporary creations.

AC Opéra Ballet Production creates the Gala d’Étoile Ballets evening: A prestigious show accessible to all, where the international Etoiles and soloists of the Paris Opera offer the public the dream of an evening at the Opera.

Since 2017, AC Opéra Ballet Production has also presented the latest creations of Ballet Julien Lestel: Rodin, mosaics, Dream, MisaTango, Puccini as well as the Webseries L’Eternal et l’Ephemère, realized at the Rodin Museum, the Museum of modern Art in Paris and the Quai Branly – Jacques Chirac (2021).

Outside the walls, AC Opera Ballet Production is invited to produce exceptional events, such as “the Jewels of Majestic” on the beach of the Majestic Hotel in Cannes or at the Royal Monceau – Palace Raffles, Paris …

AC Opéra Ballet Production also supports the production of documentary films such as “Les Adieux”, a film directed by Arnaud Dreyfus, retracing the last role on the stage of the Paris Opera by Etoile dancer Clairemaire Osta , or the short film directed by Clara Ballatore with Nicolas Le Riche.

« “Being an artistic director means selecting artists, works, creators and technical means. It consists in impulsing energy, seeking harmony, esthetics, giving orientation, style, transmitting the essence of one’s personality. This requires, as every time one builds, produces or gives life, acting with humility, believing in oneself while questioning one’s achievements for each new experience. It consists in standing back to highlight others, letting yourself be led to better guide others, expressing yourself as accurately as possible to promote the expressiveness of others. It’s thinking as much about artists as about the public. It is making a work of creation, in the same way as the adapter, the musical arranger or the scenographer.

Artistic director is one of the most beautiful job that Alexandra Cardinale exercises, in addition to being an artist and producer, both jobs complementing each other…

She puts her sensitivity and her demands at the service of dance, its dissemination, its promotion ; the choreographic montages she designs, are of high technical nature and now bears her watermark signature. »